My project represents the invisibility of black women in society/media that is showcased in symbolic fashion, media clips, articles, and imagery discussing black issues. Visible is the stereotypical masculine outfit I begin to put on at the beginning of the video because that's how society sees black women. And the invisible is the feminine outfit I sewed together with the masculine top and bottom that I painted with green screen paint to show how black femininity is hidden because black women aren't described nor seen as feminine, but "aggressive," "assertive," "manly" and other negative connotations associated with being a black woman.  My body physically covered most of the text posts and other imagery presented, disrupting the audience's view of important information which mimics the blocking and silencing of black women’s voices.  Leaving the responsibility up to the viewers to educate themselves since black women are often expected to teach others which is not a burden they should bear. Then towards the end as Beyoncé’s Brown Skin Girl plays I begin to undress showing I no longer will conform to how society chooses to see me and other black women as and I cut up the outfit to show my rejection of the societal standards and expectations forced upon black women. Black women refuse to remain “invisible” and to be overlooked. Black women are versatile and beautiful. 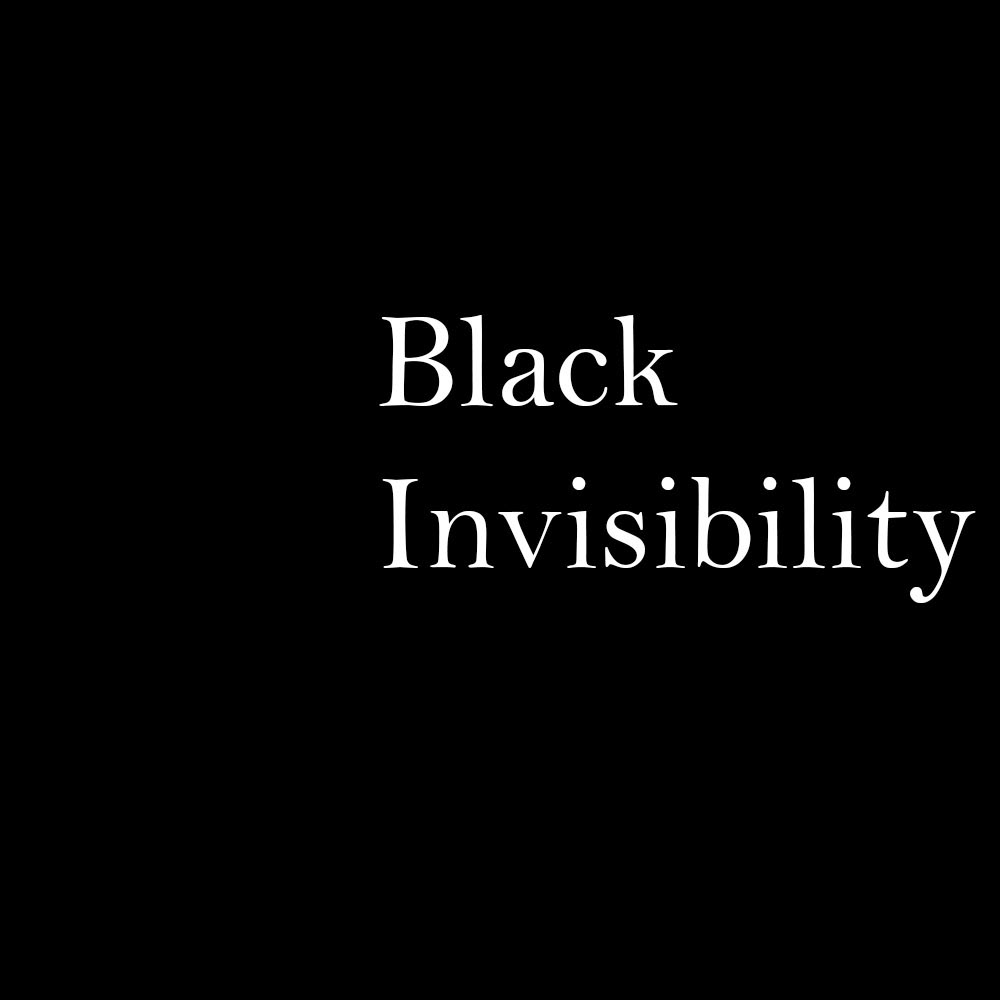 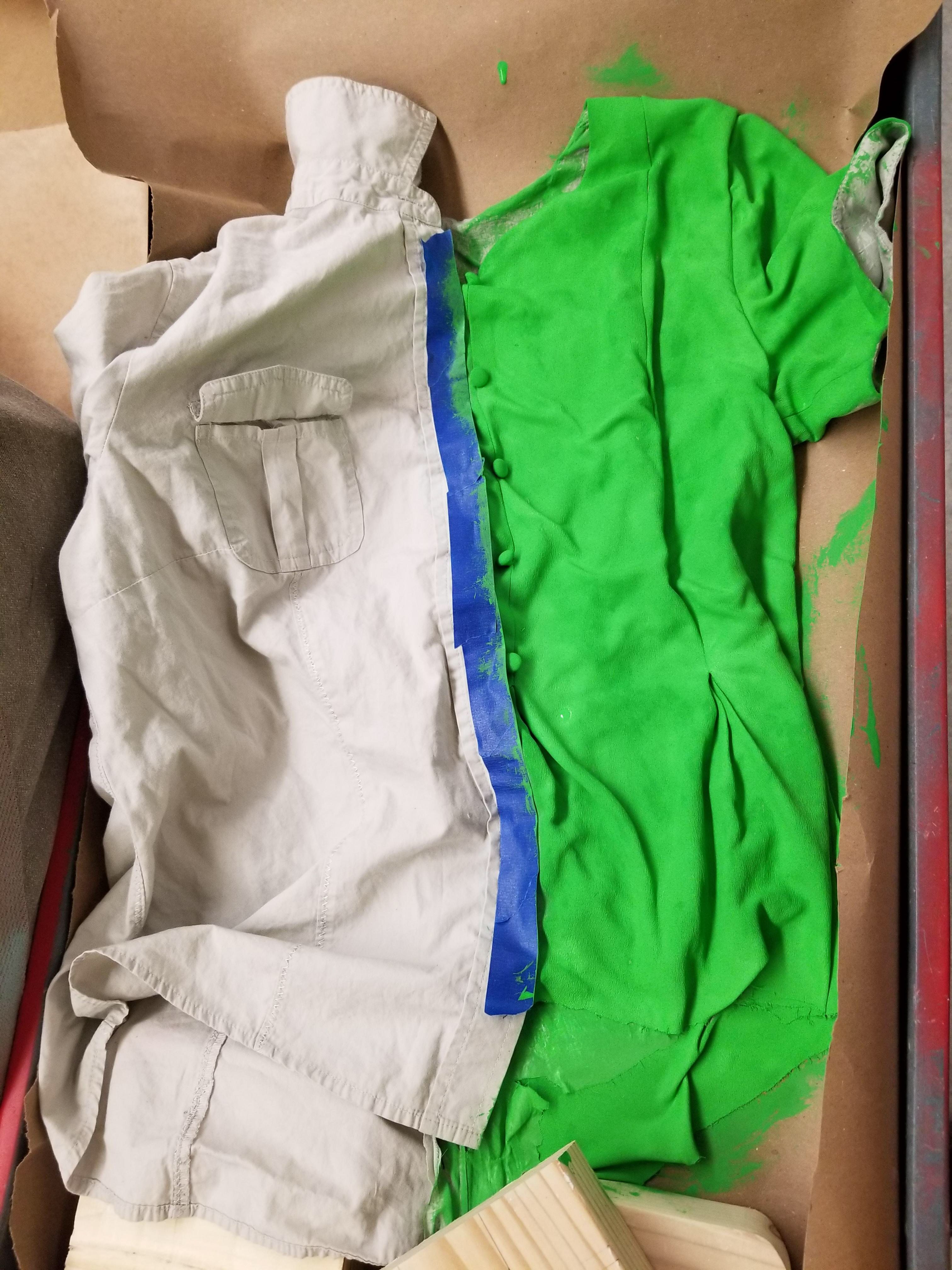 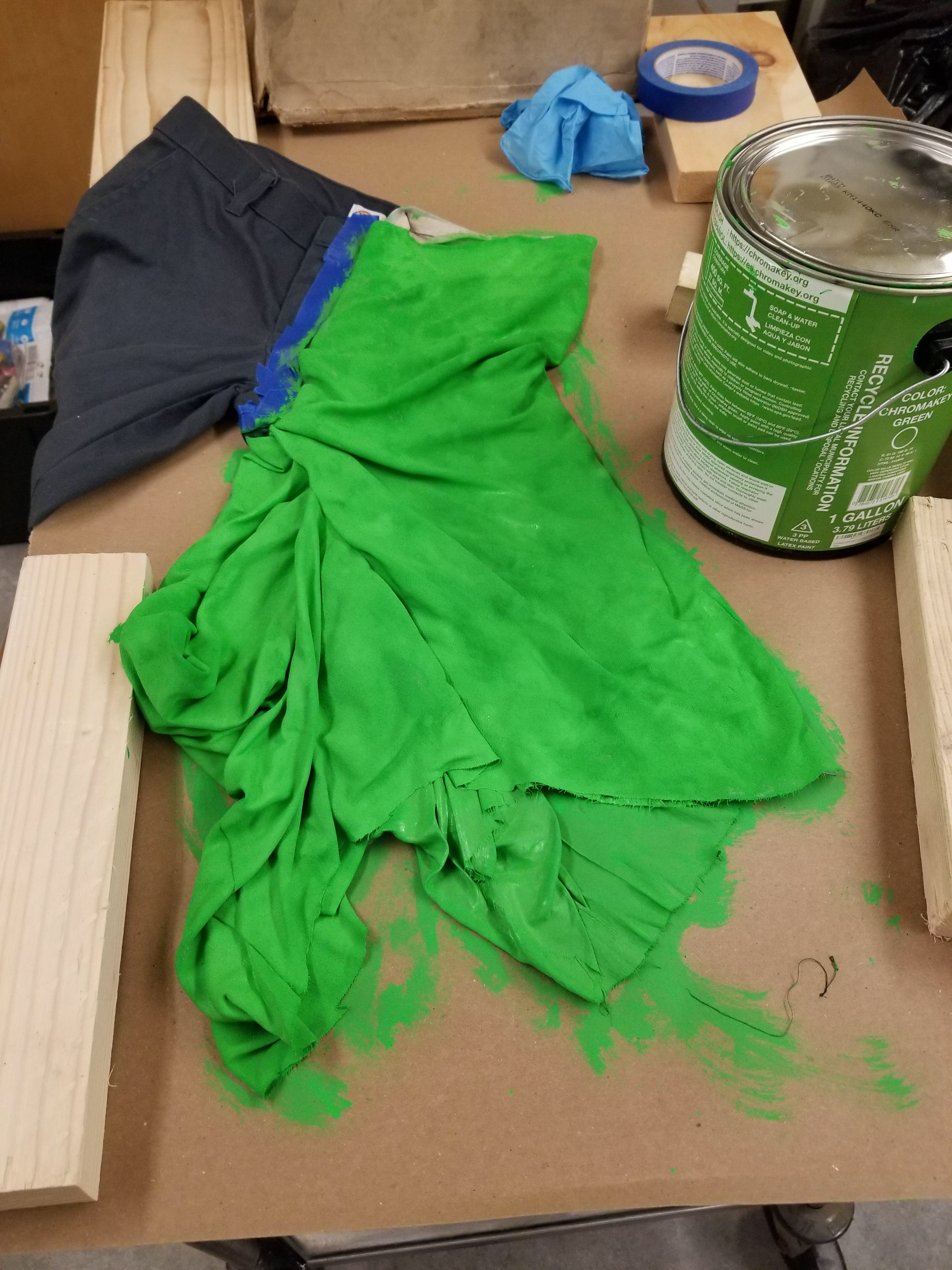 The Otherside of Craigslist: Eugene

Aeonian Girl
↑Back to Top